In 1863 it was agreed that it would be of benefit to all to have a building where all Lodges could meet under one roof. After a great deal of effort a place was found, and on 28th June 1868 foundation stone of the present hall was laid with full Masonic ceremonial. This event attracted much public interest and certain streets were closed to traffic so that a formal procession could walk from Ulster Hall to Arthur Square. Balconies were constructed so that ladies could have a good view. About 10,000 people watched the proceedings, and Masonic visitors attended from Londonderry, Ballymena, Antrim, Larne, Cargycreevy, Lisburn, Ligoniel, Straid, Glenarm and elsewhere.

The stone laying was performed by R.W. Bro. Sir Charles Lanyon P.D.G.M. of Belfast and North Down. Within the cavity were deposited various current coins of the realm, a roll containing the names of the Grand Master and other Provincial Grand Officers, another roll giving the names of Directors of the Company set up to own the hall, newspapers, and several other items of interest. 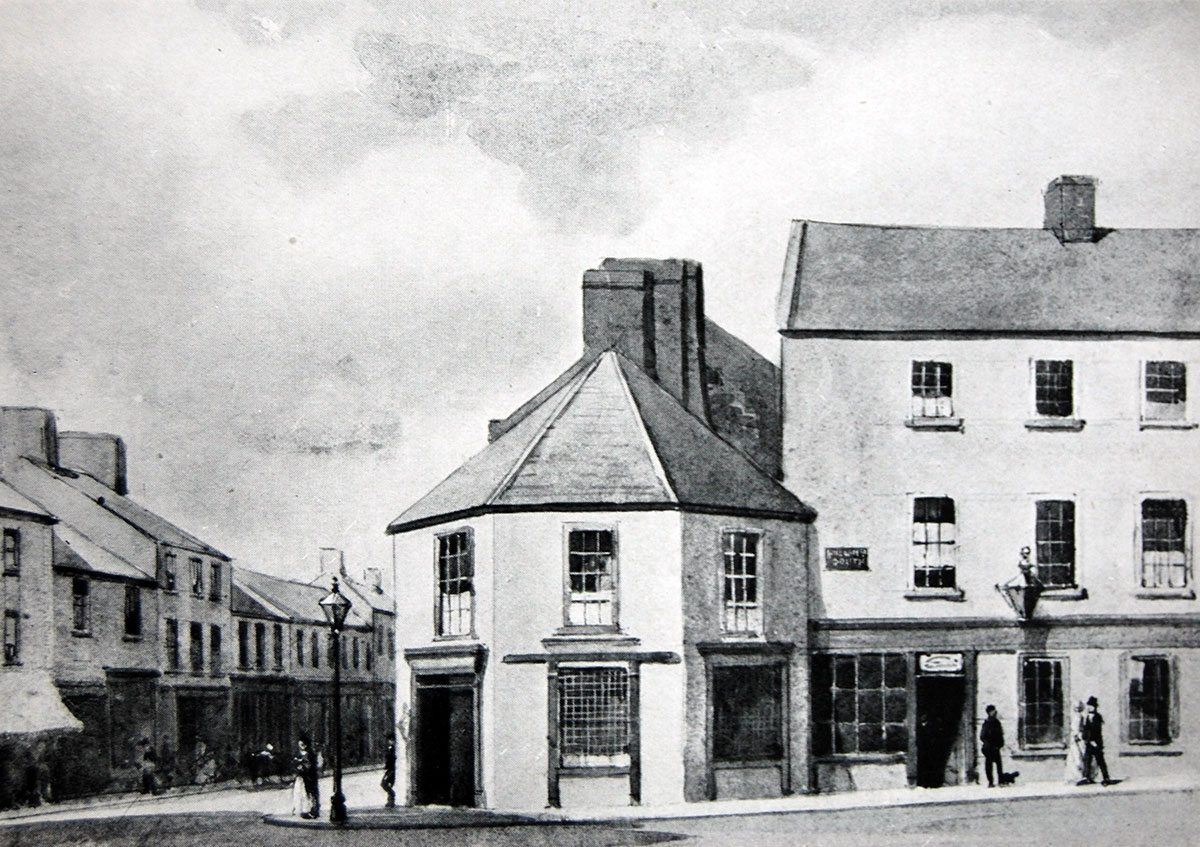 The original site of Arthur Square before the hall was built